A hitchhikers guide to eczema 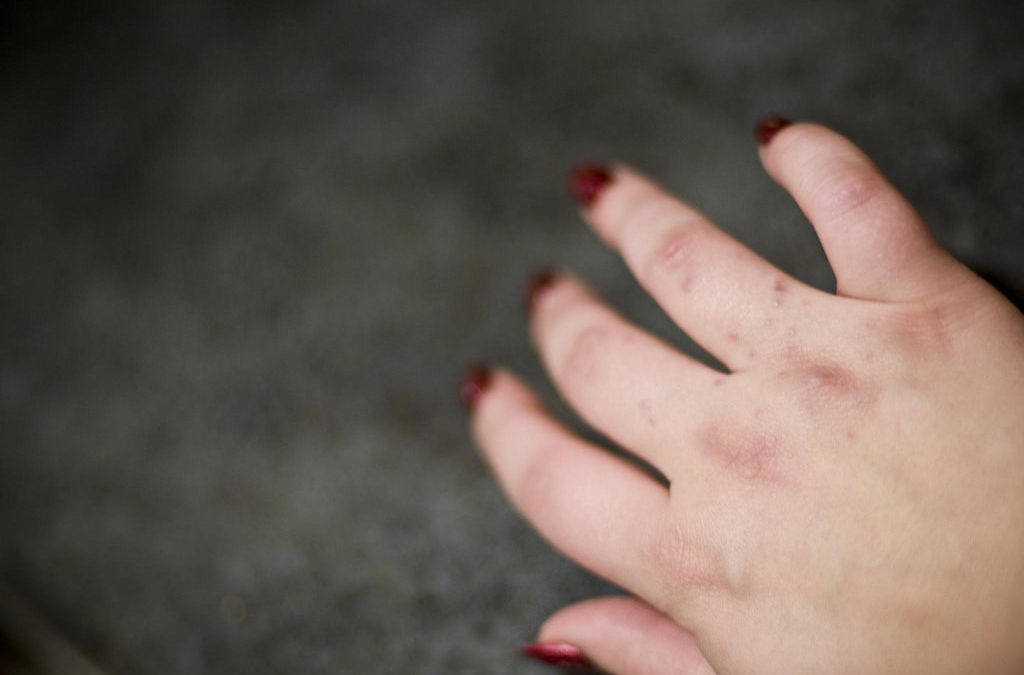 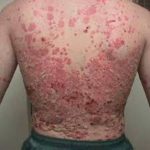 One form of eczema, atopic dermatitis, results in very unpleasant itchy, red, scaly rashes often over large parts of the body. Blistering can occur and splitting of the skin, which can exude and leaves the skin open to infection. The genetic cause of eczema has just been used to test a central idea in evolutionary medicine to explain the continued existence at high frequency of deleterious alleles in human populations – antagonistic pleiotropy.

At the heart of much atopic dermatitis are loss of function variants of the filaggrin gene. The filaggrin peptides that normal versions of this gene produce are vital for the formation of the skin barrier which helps to prevent water loss and shields the skin against pathogens and allergens. Meanwhile, some of the amino-acids broken down from these peptides have been shown to be protective of UV radiation and contribute to natural skin moisturisation.

There are a remarkable number of these loss of function variants such that eczema has probably been a high frequency irritant of humans throughout our history. Given the unpleasant fitness-reducing effects of eczema one might expect that purifying selection would have worked to eradicate these variants or at least reduce their frequency over time. But it appears that this has not happened. A group of US-based researchers including Omar Gokcumen and Muthukrishnan Eaaswarkhanth, at SUNY Buffalo, and the world expert on skin evolution, Nina Jablonski, from Penn State, have used this genetic susceptibility to eczema as a test of one of the common assumptions in evolutionary medicine, that otherwise perplexing endurance of disease-susceptibility alleles can be explained by antagonistic pleiotropy – the phenomenon by which deleterious effects of a gene are compensated for, perhaps at different times in an individual’s life history, by positive effects that improve fitness and reproductive success.

Indeed, the team road-tested just such an assertion. Thyssen et al, in 2014, they say, put forward a hypothesis that claimed that loss of function of the filaggrin gene is adaptive in environments with low ultraviolet light. To support their assertion they tracked loss of function mutations across the world by latitude and found their frequency increased the higher north or south you went. Ergo, in high latitudes, to increase vitamin D production, the skin barrier to UV was systematically dismantled even though these variants exposed their owners to eczema. However, Eaaswarkhanth et al suspected there might be ascertainment bias in the way Thyssen had sampled these variants and they replicated their results, controlling for ascertainment bias, using a recently available 1000 Genomes Phase 3 dataset which involved resequencing data from 2,504 samples across 26 populations. This allowed global discovery of both common (>5%) and intermediate (>1%) allele frequency variants, without ascertainment bias, across multiple populations and in the process the association between variant frequency and latitude was lost. Case disproved. So, what, after all, does explain the endurance at high frequency of these deleterious alleles?

Finding no examples of filaggrin gene variants to which they could reliably pin evidence for positive selection they searched databases for haplogroups (human groups that share chunks of the genome, called haplotypes, that contain a number of alleles so closely linked together that they survive the cut-and-paste of chromosomal reassortment that occurs during sexual reproduction and therefore tend to be inherited together) containing selected filaggrin variants and discovered a Chinese group where a selective sweep in their history had greatly increased the frequency of the hornerin gene (HRNR) which lies just downstream from filaggrin. The hornerin protein is found all over the body and is implicated in inflammatory and immune responses, but most interestingly, is found in healthy skin which is regenerating after injury.

Eaaswarkhanth et al come to the conclusion that filaggrin remains at high frequency because it has been able, by virtue of its physical proximity, to hitchhike with the hornerin gene that was strongly favoured by natural selection. One of the main questions that evolutionary medicine tries to supply an answer to, they say, referencing Stephen Stearns, is why some common gene variants that confer disease susceptibility remain in the population when we would expect that they should be eliminated by purifying (negative) selection. In situations where it cannot be shown that this effect has simply been obscured by genetic drift it is a common trope of evolutionary medicine to look for and invoke antagonistic pleiotropy. But perhaps, a lot of the time, as in the case of the filaggrin gene, where no persuasive compensatory effects of loss of function variants can be demonstrated, it may just be that these deleterious genes are hanging onto the coat-tails of nearby genes that have been selected for because they undeniably confer important fitness-enhancing properties.