Home > Article Review > A new role for an old villain

A new role for an old villain 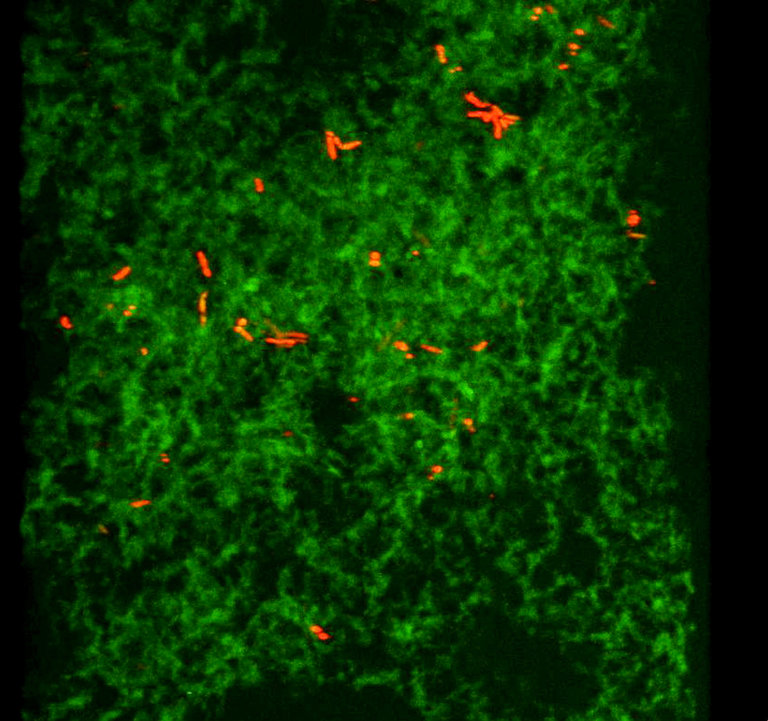 Just over six years ago a paper was published in PLoS 1, under the title “The Alzheimer’s disease-related amyloid-beta protein is an anti-microbial peptide”, written by Stephanie Soscia and Robert Moir of Harvard University. It contained the seeds of a revolutionary new way of thinking about Alzheimer’s disease because it suggested that beta-amyloid, which, ever since the pioneering work of Alois Alzheimer in the early 20th century, has been cast as the villain of the piece and a major cause of the massive neuronal death that typifies AD and leads to fatal cognitive decline, is in fact a major part of the brain’s innate immune system and a potent fighter of microbial infections in the brain.

The paper caused a ripple of interest in the Alzheimer’s research community at the time but, because it appeared not to have been followed up by further research, that interest evaporated. It was soon forgotten. But one of those researchers – Rob Moir – has been quietly beavering away ever since and a second paper has now been published in the journal Science Translational Medicine which paints a sensational picture of how beta-amyloid goes about its business trapping and killing microbes – a vital evolved function for an old villain that threatens to stand conventional Alzheimer’s disease theories on their head. That research has also been written up in an excellent piece for the New York Times by Gina Kolata.

Rob Moir’s interest had first been piqued when he discovered that the beta-amyloid molecule bore resemblances to a family of evolutionarily ancient anti-microbial proteins of which humans possess only one – LL37. Soscia and Moir decided to test the power of beta-amyloid as an anti-microbial against a variety of common pathogens, including Candida albicans, E. Coli, Listeria, Enterococcus and Streptococcus pneumoniae. Beta-amyloid proved lethal against all of them.

Using a scanning electron microscope he has shown that the arrival of an infection in the brain triggers the production of beta-amyloid which forms into balls of fibrils which surround the microbe in structures he calls nano-nets, before putting them to death with a cloud of toxic free radicals from active metals like copper. Of course, it is these nano-nets, left to accumulate in the brain once they have done their job, that are identified as the tell-tale plaque of Alzheimer’s disease.

From an evolutionist’s point of view this extraordinary research into a new role for beta-amyloid may provide a beautiful example of the principle of antagonistic pleiotropy where a gene or gene variant may evolve because it improves the chances of survival of the young, with a reproductive life ahead of them, even though it has a deleterious effect on older individuals near or at the end of their active reproductive lives. In this case, beta-amyloid helps to keep the young alive by protecting their brains from microbial infection, at the expense of older brains where its anti-microbial role is eclipsed by neurotoxicity.