After 60 years, the seminal Williams paper on aging is aging well 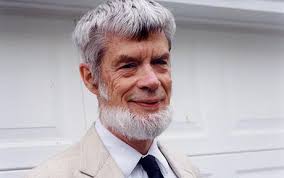 The paper George Williams published in 1957 about senescence has inspired much of the field of evolutionary medicine.  I never heard about it in medical school, but the evolutionary biologists I was talking with at the University of Michigan in the 1980’s said I should get a copy. Reading it changed my life. If aging has an evolutionary explanation, what about everything else in medicine?  I spent a summer in the library finding and analyzing data on survival curves for animals in the wild.  They showed that senescence greatly decreases fitness for many species in the wild, contradicting the the mutation accumulation theory, and supporting Williams’ idea of antagonistic pleiotropy. That led to publications and a wonderful collaboration with George for the next two decades.

Now 60 years after its publication, Williams’ article remains fresh. In a new article in Evolution, Laillard and Lemaître offer a review of the paper, and the status of the hypotheses it proposed. I hope it inspires many people to read the original paper that inspired much of the progress in evolutionary medicine.

Abstract:  Williams’ evolutionary theory of senescence based on antagonistic pleiotropy has become a landmark in evolutionary biology, and more recently in biogerontology and evolutionary medicine. In his original article, Williams launched a set of nine “testable deductions” from his theory. Although some of these predictions have been repeatedly discussed, most have been overlooked and no systematic evaluation of the whole set of Williams’ original predictions has been performed. For the sixtieth anniversary of the publication of the Williams’ article, we provide an updated evaluation of all these predictions. We present the pros and cons of each prediction based on recent accumulation of both theoretical and empirical studies performed in the laboratory and in the wild. From our viewpoint, six predictions are mostly supported by our current knowledge at least under some conditions (although Williams’ theory cannot thoroughly explain why for some of them). Three predictions, all involving the timing of senescence, are not supported. Our critical review of Williams’ predictions highlights the importance of William’s contribution and clearly demonstrates that, 60 years after its publication, his article does not show any sign of senescence.