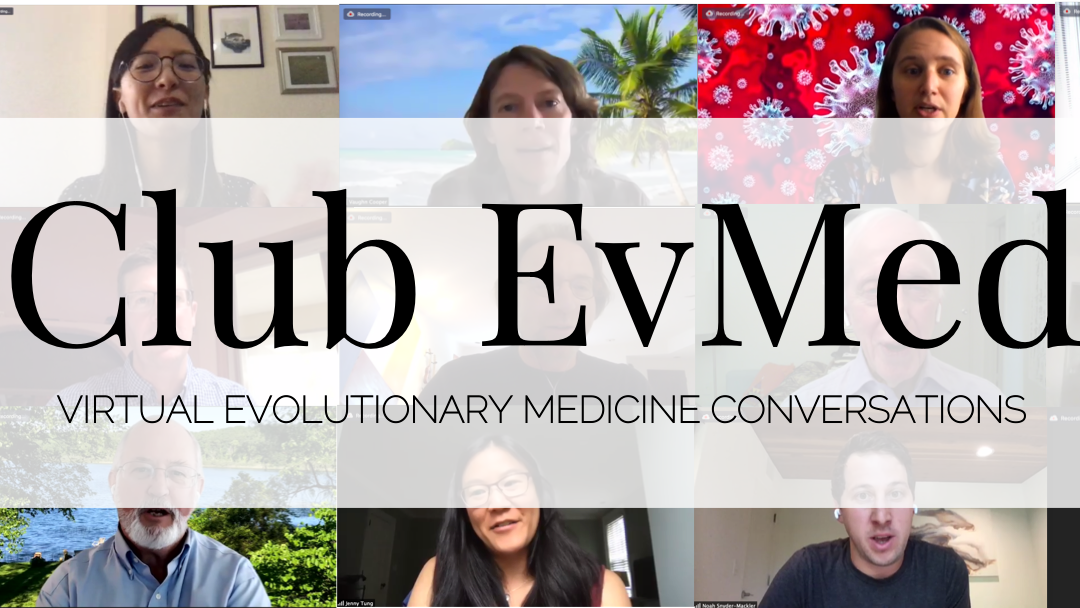 Sign up now for April and May ClubEvMed events!

(And submit your ISEMPH2021 abstract by Friday!)

Join us for a special Club EvMed where we’ll be highlighting some of the exciting work done by postdoctoral researchers in the field of evolutionary medicine. We will hear 12-minute research talks from Kyle Card, Liz Lange, and Federica Pierini (see abstracts below). There will be a brief Q&A period at the end of each talk, plus breakout rooms after all 3 talks to allow for more in depth conversations with the speakers. Sign up here for the meeting link.

“The effect of population size, mutation rate, and genetic background on the evolution of antibiotic resistance” by Kyle Card, Cleveland Clinic
The evolution of antibiotic resistance is a serious and growing problem. The ability to predict a pathogen’s capacity to evolve resistance is therefore a critical public-health goal. In previous work, we found that differences between genetic backgrounds can sometimes lead to unpredictable responses in phenotypic resistance and influence its genetic basis by channeling evolution down particular mutational paths. However, it is still not clear how background interacts with other factors, including population size and mutation rate to influence resistance evolution. To address this issue, we are combining theory with an experimental examination of a time-series of E. coli strains isolated from a population that evolved increases in both population size and mutation rate during a long-term evolution experiment (LTEE).

“Female-female social bonds mediate the relationship between early life adversity and lifespan in wild baboons, but female-male social bonds do not” by Liz Lange, Duke University
Adversities experienced during early life and adult social environments can have profound effects on human health and survival. However, it is unclear if experiences during early life and adulthood exhibit independent effects on survival, or instead if these processes are linked such that adverse early experiences are strongly coupled with dysfunction in adult social relationships, which in turn are strongly coupled with decreased lifespan. In this study we used longitudinal data on 199 wild adult female baboons from the Amboseli ecosystem in Kenya to determine the links between early life adversity, adult social bonds, and adult survival outcomes. We find that early adversity and social isolation from both males and females reduce survival, but only female-female social bonds link early life adversity to reduced survival. Our results suggest that the timing of effects (e.g., the effect of early adversity on social bonds and social bonds on survival) are crucial to determining the links between these processes and should be considered in human studies of adverse childhood experiences.

“Exploring immunogenetic diversity in historical human populations” by Federica Pierini, Max Planck Institute for the Science of Human History
The highly polymorphic genes of the human leukocyte antigen (HLA) system play a key role in adaptive immunity. Pathogen-mediated selection is proposed to be one of the major factors affecting the genetic variability at those genes, but our knowledge is so far based on information acquired from the study of present-day human populations. The investigation of ancient HLA genes in historical populations could shed further light on mechanisms of pathogen-mediated selection in humans. I will first show our novel aDNA-optimized pipeline for low-coverage and low-quality shotgun sequence data and follow with two examples of its applicability. The approach has been successfully applied to a dataset of Late Neolithic samples from a collective burial in Niedertiefenbach (Germany), revealing a distinct and characteristic HLA gene pool compared to modern day German individuals, and to a dataset of medieval European samples, associating HLA variability with susceptibility to leprosy.

The COVID-19 Pandemic and Human Nature: An Interdisciplinary Conversation

This Club EvMed will feature a dynamic roundtable conversation with several authors of the recently published PNAS paper, “The pandemic exposes human nature: 10 evolutionary insights.” Moderated by Dan Blumstein (Professor of Ecology and Evolutionary Biology at UCLA), the panel’s discussants will include Athena Aktipis (Assistant Professor of Psychology at Arizona State University), Martie Haselton (Professor of Psychology at UCLA), and Joe Alcock (Professor of Emergency Medicine at the University of New Mexico). They will provide a range of evolutionary insights and hypotheses related to the impact of COVID-19 on human health and social systems. Sign up here for the meeting link.

Join us for a conversation with Sarah Mathew, Associate Professor in the School of Human Evolution and Social Change at Arizona State University, and Matthew Zefferman, Assistant Professor in the Department of Defense Analysis at the Naval Postgraduate School. Military personnel in industrialized societies often develop Post-traumatic Stress Disorder (PTSD) during combat. It is unclear whether combat-related PTSD is a universal evolutionary response to danger, or a culture-specific syndrome of industrialized societies. We interviewed 218 Turkana pastoralist warriors in Kenya, who engage in lethal cattle raids, about their combat experiences and PTSD symptoms. Compared to American combat veterans, Turkana suffer PTSD symptoms at high rates, but have lower prevalence of depression-like PTSD symptoms. Symptoms that facilitate responding to danger were better predicted by combat exposure, whereas depressive symptoms were better predicted by exposure to combat-related moral violations. The findings suggest that some PTSD symptoms stem from a universal response to danger, while depressive PTSD symptoms may be caused by culturally-specific moral norm violations.

Mummy Study Methods Symposium on May 5

Info at the IEM Site 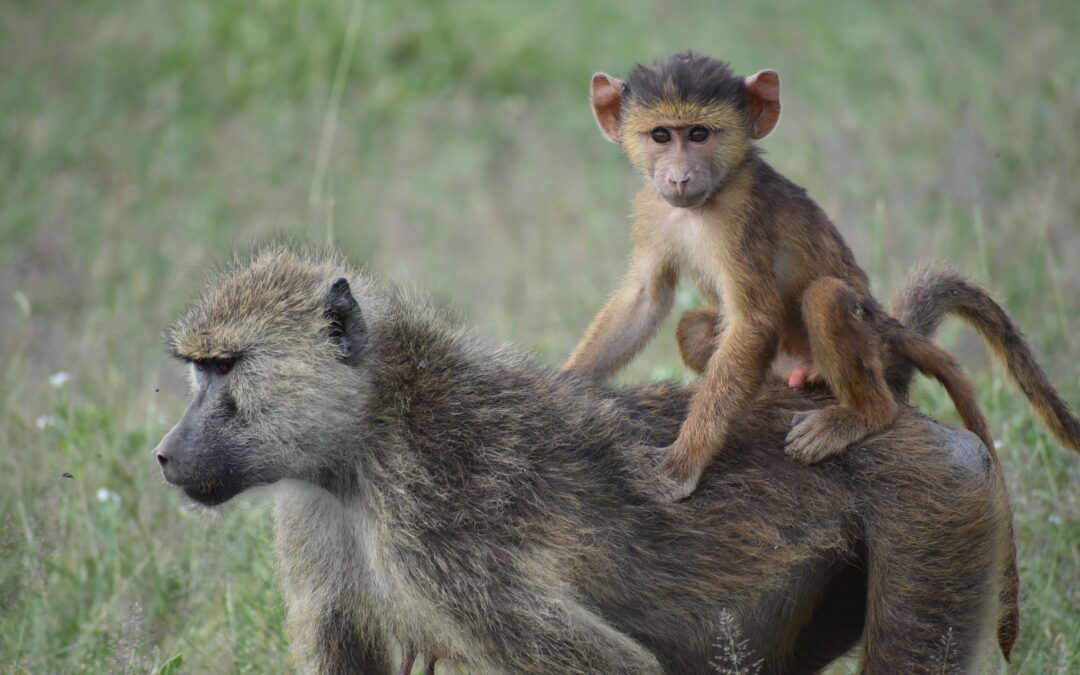 Join us for a conversation with Elizabeth Archie, Associate Professor of Biological Sciences at the University of Notre Dame, and Chelsea Weibel, PhD Student at the University of Notre Dame. If an individual can anticipate an early death, should they also “live fast”? Fast reproduction is often proposed to be an adaptive response to harsh conditions in early life because early adversity predicts shorter lifespans. Individuals who speed up reproduction after experiencing early adversity might therefore have higher fitness than those who do not. Using long-term data on natural population of baboons in Amboseli, Kenya, we tested if fast reproduction offers lifetime fitness advantages to females. Contrary to several influential hypotheses, females who experienced early adversity did not improve their fitness if they sped up reproduction. Our results raise doubts that accelerated reproduction is an adaptive response to early adversity in long lived, slow-reproducing species.Sign up here for the meeting link.

Call for graduate student presenters!
We’re excited to announce that we will be highlighting some of the exciting evolutionary medicine research done by late-stage graduate students at an upcoming Club EvMed! This is a fantastic opportunity to present your work virtually to the global evolutionary medicine community, get feedback, and initiate discussions and new connections.

Consider nominating yourself or someone else using this form. All nominations are due by Wednesday, May 5th for consideration. Three graduate students will be selected to present at an event tentatively scheduled for Thursday, June 3rd.

Looking forward to your submissions! Brought to you by: 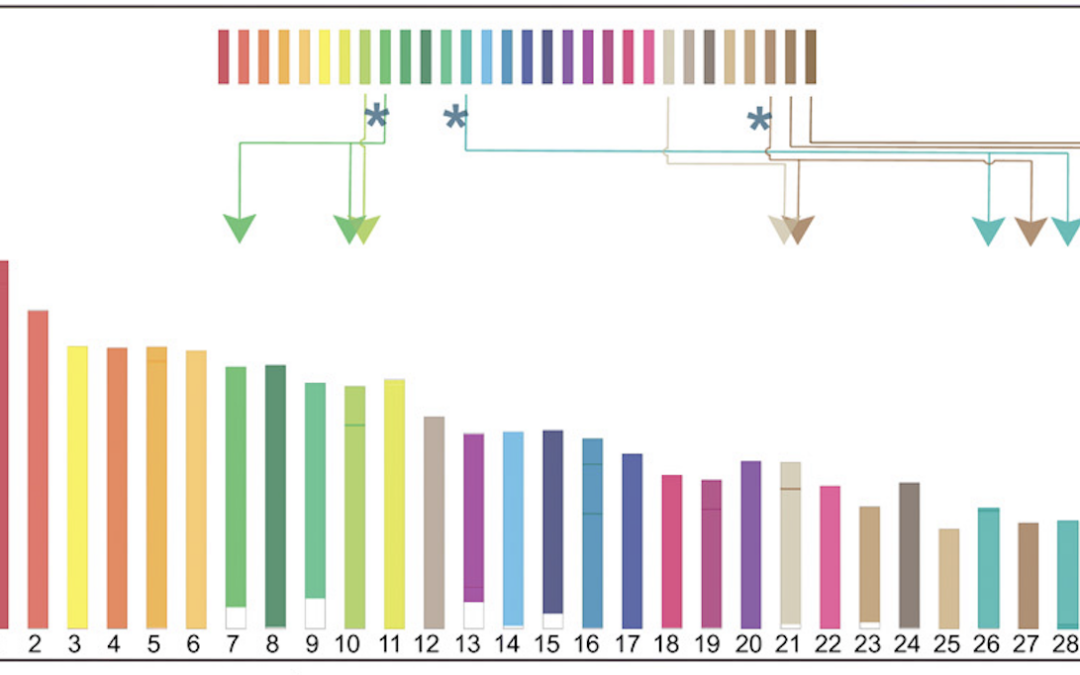 The suite of adaptations associated with the extreme stature of the giraffe has long interested biologists and physiologists. By generating a high-quality chromosome-level giraffe genome and a comprehensive comparison with other ruminant genomes, we identified a robust catalog of giraffe-specific mutations. These are primarily related to cardiovascular, bone growth, vision, hearing, and circadian functions. Among them, the giraffe FGFRL1 gene is an outlier with seven unique amino acid substitutions not found in any other ruminant. Gene-edited mice with the giraffe-type FGFRL1 show exceptional hypertension resistance and higher bone mineral density, both of which are tightly connected with giraffe adaptations to high stature. Our results facilitate a deeper understanding of the molecular mechanism underpinning distinct giraffe traits, and may provide insights into the study of hypertension in humans.

The unique anatomic and physiologic characteristics of other species is increasingly recognized as a source of bioinspired solutions for human pathology. For centuries, the modern giraffe’s iconic neck has been the subject of fascination with much interest in understanding its functional and adaptive benefits. Giraffes have recently become the focus of biomedical investigation because, compared with other mammals, their long necks present a unique physiologic challenge for their hearts: to adequately perfuse brains which may be up to three vertical meters from the left ventricle. The increased pressure (afterload) on the left ventricle underlies the significantly elevated (when allometrically scaled and compared with other mammals) systemic blood pressures measured in giraffe (1-3). Systemic hypertension in humans and other mammals is associated with a multitude of end-organ effects and co-morbidities. Given the absence of these pathologies in healthy adult giraffes, the species and its physiology have been proposed as a natural animal model for resistance to end-organ damage common in humans with systemic hypertension.

How the kidneys, retina, cardiovascular and other systems in the giraffe are protected from the adverse effects of systemic hypertension is highly salient to human health (4-6). These evolved adaptations in giraffe may provide a blueprint for innovating solutions to intractable problems in human health. Fully characterizing the mechanisms and associated genomes which underlie these resistances is an exciting and emerging area of research in evolutionary medicine (6-8). Building on other studies of the giraffe genome (8), the Lui et al. have produced a high-quality genome assembly which advances our understanding of the pleiotropic genes associated with complex co-evolved adaptations resulting in the giraffe’s unique morphological and physiological characteristics. The authors call for more research correlating function with their genomic findings. In doing so they have pinpointed an exciting new research agenda for evolutionary medicine: to integrate broader macroevolutionary and life history perspectives with the impressive and important genomic work this paper presents. 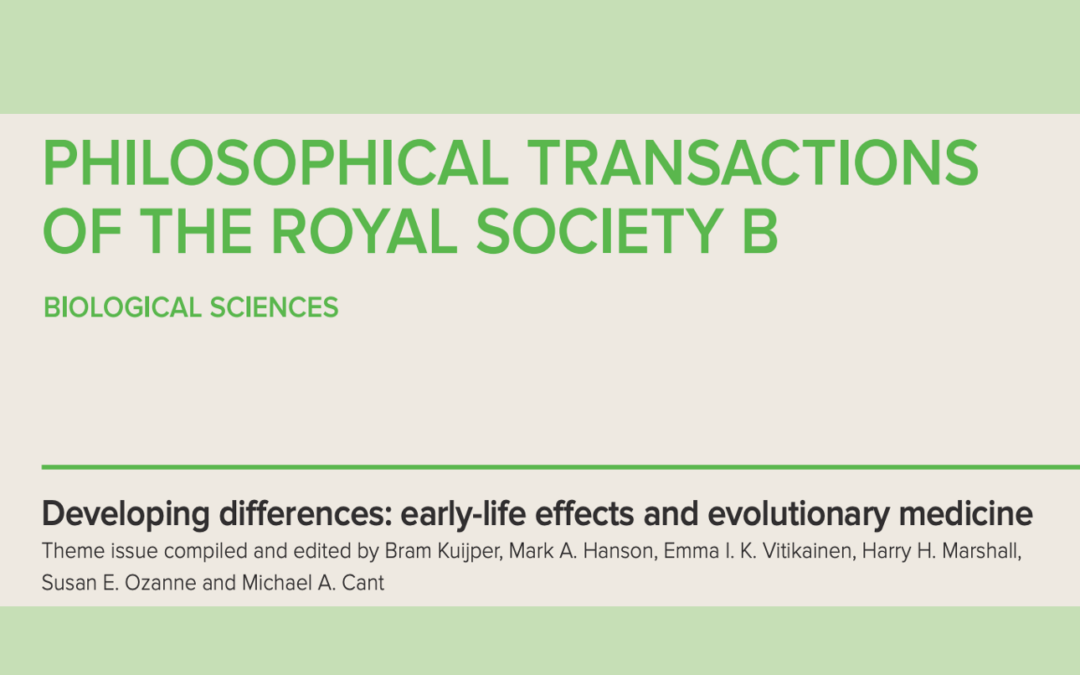 A special open access issue on the developmental origins of disease edited by Bram Kuijper, Mark A. Hanson, Emma I. K. Vitikainen, Harry H. Marshall, Susan E. Ozanne and Michael A. Cant has just been published. The 17 articles are essential reading for all interested in evolutionary medicine.

The editor, Konstantinos Voskarides, says in the overview “Evolutionary Medicine is a fast-growing research field providing biomedical scientists with valuable information on molecular and pathophysiological mechanisms of disease. This is the reason that Journal of Molecular Evolution has devoted this issue to Evolutionary Medicine. Nine detailed review papers are included in this issue, analyzing topics that are among the “hottest” subjects of Evolutionary Medicine. All information is up to date and highly valuable for scientists that would like to start their career or get updated on this field.”