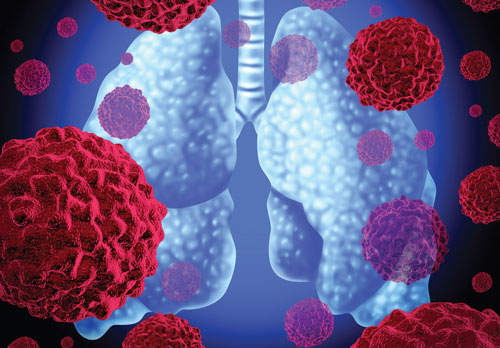 It is now widely understood that cancers evade treatment by evolving drug resistance – in much the same way as microbes acquire resistance to antibiotics. This is why patients can relapse even after courses of modern targeted cancer therapies. Encountering this with drug cocktails sometimes fails because the evolution of resistance to one drug sometimes results in a more widespread resistance to a range of drugs – a phenomenon called cross-resistance. However, sometimes the opposite happens and cancer cells, having developed resistance to the first-line drug therapy, develop collateral sensitivity to another drug to which they had previously not been sensitive. These patterns of resistance and sensitivity are very dynamic during cancer treatment and evolution – they are always changing over time – and a collaborative team from the Cleveland Clinic, the Moffitt Cancer Center in Florida, and the University of Oxford have been investigating how they can better understand collateral sensitivity and use it in the novel treatment of cancer. A paper in Nature Scientific Reports by Dhawan et al documents their approach.

The team researched a type of lung cancer called ALK (anaplastic lymphoma kinase)-positive non small cell lung cancer (NSCLC) which is frequently driven by the oncogenic fusion of the ALK and the EML4 genes and which disproportionately affects younger, generally non- or light smoking, patients. As Dhawan et al explain, trials have led to the ALK inhibitor crizotinib to be the first-line standard of care for metastatic tumours driven by this oncogene. Unfortunately, after widespread use began, they say, reports of resistance to ALK inhibition quickly emerged, and it has since become apparent that within one year of starting such therapy, resistance almost inevitably emerges. Typically, oncologists will switch treatment to one of several second-line drugs, but they are oblivious to the unfolding dynamic patterns of cross-resistance and collateral sensitivity that might govern the extent to which these treatment changes prove successful. When a patient is taken off first-line drug treatment there is usually a “drug holiday” before any subsequent treatment with another drug – and it turns out that this drug holiday is also important for the evolution of collateral sensitivity.

For instance, the researchers first induced the evolution of multiple resistance to the major ALK inhibitors crizotinib, alectinib, lorlatinib, and ceritinib in NSCLC cell lines. They then assayed the four resistant cell lines for five drug holiday periods: 1 day, 3 days, 7 days, 14 days, and 21 days. Highly dynamic patterns of cross-resistance and collateral sensitivity emerged that changed particularly quickly. One example they give is the collateral sensitivity to lorlatinib in ceritinib resistant cells, which appeared on the first day of holiday, then disappeared on day 3, re-appeared on day 7, disappeared again on day 14, and finally re-appeared on day 21. These experimental results, they say, indicate that lorlatinib might be a poor choice for first-line therapy, as the cross-resistance it generates is substantial and stable through drug holidays, but it may be a better choice in the second-line, as many resistant lines are sensitized towards it after a drug holiday. This “metronomic” switch too and from collateral sensitivity, once understood, they say, could be used to time metronomic drug therapy. And understanding shifting patterns of resistance and sensitivity can lead to more efficient regimes of drug cycling.

This detailed growing understanding of the dynamics of cancer cell reaction to drug treatment regimes joins a growing school of potential cancer therapies guided by an understanding of cancer evolution, such as the approach by Bob Gatenby and colleagues at the Moffitt, which suggests that the careful titration of low dose cancer therapy – so-called adaptive therapy, can be used to contain a stable and manageable burden of stable tumor rather than provoke resistance via therapeutic onslaught.

This post credits “Targeted Oncology” with the copyright for the featured image it uses.