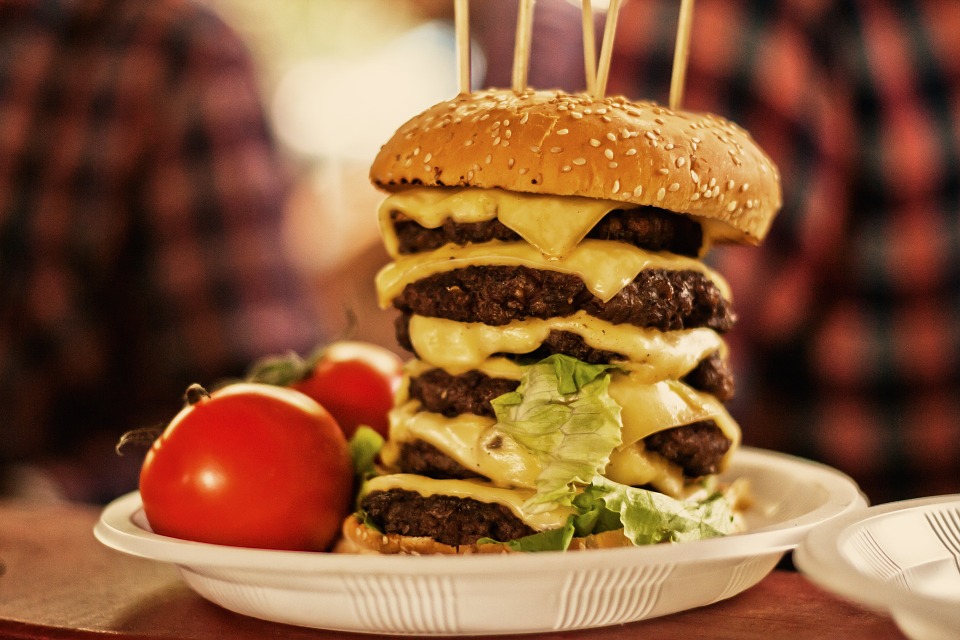 Is human obesity related to the composition and richness of our gut microbiota – or not?

There is a sobering paper in the journal of the American Society for Microbiology, mBio, this week, written by Marc Sze and Patrick Schloss from the Department of Microbiology and Immunology at the University of Michigan. As they report, obesity is a growing health concern throughout the western world. 20% of the youth age group in the US from 2 to 19 years is either overweight or obese, they say, and that value exceeds one third in adults aged 20 or over. Since obesity is reliably linked to a host of life-limiting diseases like diabetes, liver disease and heart disease, and since obese individuals and their health problems are increasingly clogging up our healthcare provision systems, we need clear direction on where to place research emphasis to stem this current epidemic. A view that has been gaining in popularity recently is that the richness (in number and species number) of our gut microbes is directly associated with obesity; that obese individuals have an impoverished, dysbiotic, gut microbiota; that they can pass these settings onto their children; and that you can predict obesity from gut microbial species composition. However, Sze and Schloss trained powerful statistical analysis on the pooled data from a number of studies relating the gut microbiota and obesity and concluded that only one of them had sufficient power to detect even a 5% difference in diversity and that “although there was support for a relationship between the microbial communities found in human feces and obesity status, this association was relatively weak and its detection confounded by large interpersonal variation and insufficient sample size”.

END_OF_DOCUMENT_TOKEN_TO_BE_REPLACED

Storify has just published a whole list of tweets from delegates to ISEMPH16. A useful and fun retrospective!

Microbes Mess With Your Mind

The idea that gut microbes can communicate with the brain to change behavior and, correspondingly, that signals from the brain can influence microbial gut populations has been around for a while and most of us in evmed land are pretty convinced by these links. Joe Alcock has written extensively in this area. Another two papers have been published recently that explore this microbiome-brain interaction. The first is published in eLIFE by Gacias et al and titled “Microbiota-driven transcriptional changes in prefrontal cortex override genetic differences in social behavior.” There is a commentary on this paper from Thomas Kuntz and Jack Gilbert, both from the University of Chicago, titled “Does the brain listen to the gut?”

The second paper, by Buffington et al, is published in Cell, and titled “Microbial Reconstitution Reverses Maternal Diet-Induced Social and Synaptic Deficits in Offspring.” It also benefits from an easy-to-read commentary in Nature Reviews Neuroscience, called “Making Friends With Microbes”, by Natasha Bray. As Bray explains, Buffington and colleagues showed that maternal obesity, in a mouse model, leads to social and synaptic deficits in the offspring that are caused by a reduction in certain gut-bacterial species. These deficits can be rescued by adding Lactobacillus reuteri to the offsprings’ drinking water. Specifically, baby mice from obese mothers had a ninefold decrease in L. reuteri in their guts and demonstrated measurable social withdrawal. Previous work has shown that the presence of L. reuteri in the gut increases plasma levels of oxytocin, the hormone that is important for social interactions, says Bray. Here, she says, the authors found that oxytocin was expressed in fewer cells in the hypothalamic paraventricular nuclei (PVN) of obese-mothered offspring than of controls and, strikingly, that the addition of L. reuteri to their drinking water increased oxytocin expression in the brain and reversed the social behaviour deficits in the offspring.

An ecological approach to understanding differential cancer susceptibility in organs

Why is there a large difference in susceptibility to cancer among the different body organs? Why, for instance, is it rare to find cancer in the small bowel and heart, but common in the colon and breast? And why, although it often produces benign fibroid tumors, is cancer in the uterus a fairly rare event? A number of extrinsic and intrinsic factors have been proposed to explain these anomalies, such as the fact that some organs have higher rates of cellular division than others and so by the laws of chance should accumulate more mutations. Or some organs, like the lungs and the liver, are more susceptible to environmental burdens like tobacco smoke and alcohol. But in a recent paper in Trends in Cancer, “Evolutionary Ecology of Organs: A Missing Link in Cancer Development?” Frederic Thomas, Randy Nesse, Bob Gatenby, together with several other authors including Beata Ujvari, ask us to consider organs as distinct but connected ecosystems whose different vulnerabilities to malignant transformation may be partially explained by how essential each organ is for survival through the age of reproduction.

For instance, they argue, selection for mechanisms to suppress cancer will be greatest in organs that are relatively small and can, therefore, be compromised by even small tumors or are critical for survival and reproduction, such as the heart, brain, and uterus (i.e., keystone organs). While organs that are large or paired, and thus can maintain function even when a relatively large tumor is present, will be less subject to anticancer selection forces. Variation in cancer risk across human organs, they say, may be analogous to ‘Peto’s paradox’: an observed lack of correlation between cancer risk and body mass (and life span) across the animal kingdom. In the same way that long-lived massive animals, like elephants, do not suffer inordinately from cancer thanks to multiple copies of the p53 “guardian of the genome” gene, tissues with high levels of turnover, like the small intestine, which rejuvenates its lining every 5 days, may have evolved especially powerful anticancer mechanisms.

Can a systems ecology approach that applies systems theory to the correlation between the ecosystems of organs and oncogenesis, be a powerful heuristic that could allow us to understand differential oncogenesis in organs more successfully?

The threat (or not) of insecticide resistance for malaria control

Evmed correspondent Andrew Read has this interesting, counter-intuitive, piece about malaria resistance, written with colleague Mark Thomas. It is a commentary on a recent paper in PNAS by Viana, Hughes, Matthiopoulos, Ranson and Ferguson. “Delayed mortality effects cut the malaria transmission potential of insecticide-resistant mosquitoes.”

Here is the opening paragraph of their commentary: “Malaria burdens have fallen dramatically this century, in large part because around a billion long-lasting insecticide-treated bed nets (LLINs) have been in- troduced into Africa. Hanging over this success is a key question: What if the insecticides stop working? Pyrethroids are the only chemical class currently approved for bed net use and, predictably, pyrethroid resistance is emerging in Anopheles populations. How much does this matter? Incredibly, we have little idea. The paper by Viana et al. in PNAS explores one piece of the puzzle.