The Boeing 737 Max and Evolutionary Medicine 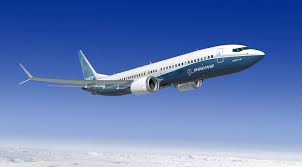 The recent Boeing 737 Max crashes provide a tragic illustration of how the core principle of evolutionary medicine can be useful for understanding failures of machines as well as bodies.

On October 29, 2019 Lion Air flight 610 crashed into the Java Sea 13 minutes after takeoff, killing all 189 aboard. Initials explanations focused on what was different about that individual plane and its pilots. This is a mechanic’s approach, much like most medical research. It asks what part of the mechanism failed in this individual instance.

On March 10, 2019 Ethiopian Airlines flight 302, another Boeing 737 Max, crashed six minutes after take-off. The similarities to the previous crash turned attention to shared traits of Boeing 737 Max planes. This is an engineer’s approach. It poses the question asked by evolutionary medicine: why did the forces that shaped the design leave it vulnerable to failure?

The course of events that led to the tragedy began a decade ago when airplane manufacturers were in a desperate competition to reduce fuel costs and increase range. Airbus had the advantage. The competition created strong pressure on Boeing to create a new model fast, in much the same way that pathogens can induce strong selection pressures.

Planes, like bodies, have path dependent designs that make starting from scratch nearly impossible.  So, Boeing decided to adapt an older 737 model.

Longer-range and better fuel efficiency required larger engines that could not be mounted on the older 737 models, so the wings were shifted forward on the fuselage to accommodate the larger engines. The trade-off gave fuel cost and range benefits that increased linearly with larger engine size, but risks that increased exponentially, especially stalling during the climb after take-off. A cliff-edged fitness function resulted.

In recognition of the risks, engineers added a defense system to monitor angle and airspeed and automatically push the nose down when a stall is imminent. As is the case for bodily defenses, dire risks were manifest only in unusual circumstances. Sensor failure activated the automatic stall prevention mechanism and pushed the nose down even as the plane plummeted.

Engineers who recognized the risk suggested adding redundant sensors and controls, but the changes were rejected because they would add cost and delay.  If a sensor failed, pilots could turn off the automated system.

However, the rapid change in design was not fully coordinated with pilot training so some did not know about the automatic stall prevention system and how to turn it off. Catastrophic failure required failure of only one component combined with inability of the pilot to respond quickly and accurately in an emergency situation.

Test pilots reported related problems two years ago, but their experiences were never analyzed in a way that revealed the inherent vulnerability of the Boeing 737 Max.  Today’s news suggests that their concerns may have been concealed to avoid costly delays in production.

Could the principles of evolutionary medicine have helped to prevent the tragedy of Flights 610 and 302?  We can’t know, but system failures, whether bodily or mechanical, make more sense in light of careful attention to the forces shaping the design, the historical sequence and path dependent constraints, trade offs, fitness functions, and the vulnerabilities imposed by defense systems.

Articles in The Economist, The Atlantic and other media sources provided background for this essay; it is intended to be illustrative, not definitive.