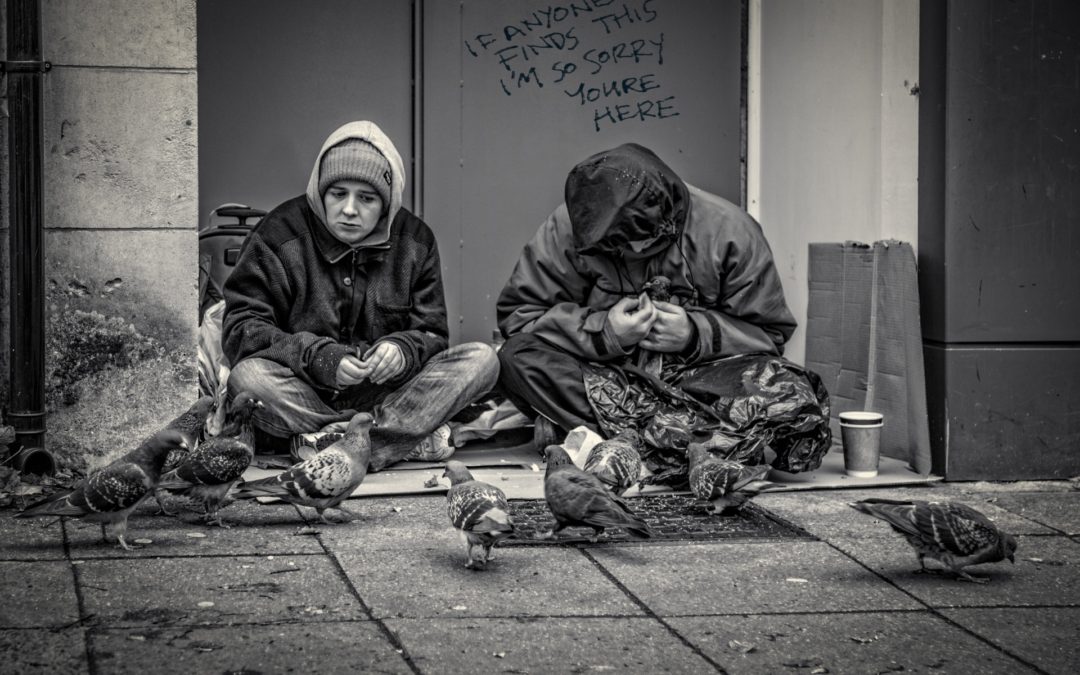 Socioeconomic Disparities in Behavior and Health

Commentary by Robert Perlman on a BBS article by Pepper and Nettle
Socioeconomic disparities in health are persistent, complex, and seemingly intractable problems. Disparities in access to health care play a role but can’t be a major cause of health disparities, since there are prominent disparities in the United Kingdom and other countries with national health services, where the barriers to accessing health care are much lower than in the United States. One of the facile explanations offered by people who wish to deny or minimize the social determinants of disease is to blame the victims. Indeed, poor, marginalized, or disadvantaged people are more likely to engage in unhealthy behaviors—they are more likely to smoke, to use illicit drugs, and to engage in unsafe sex, and they have poorer diets and exercise less than do more privileged people. Last year, Gillian Pepper and Daniel Nettle published a Target Article in Behavioral and Brain Sciences, “The behavioural constellation of deprivation: causes and consequences” (paywall), that turns this “blame the victim” explanation on its head. Peer commentaries and the authors’ responses have recently been posted on the journal’s Web site (paywall). Pepper and Nettle have made a strong argument that socioeconomic disadvantage promotes a cluster of behaviors, which they refer to as “the behavioral constellation of deprivation,” that include savings and financial decisions, and reproductive and childrearing decisions, as well as the unhealthy behaviors mentioned above. All of these behaviors entail tradeoffs between present benefits and future costs. Disadvantaged people discount the costs or benefits of future events, and so are less future-oriented than are more privileged people. Pepper and Nettle argue—again, convincingly—that this temporal discounting by disadvantaged people is a response to the reality that they live in dangerous or unpredictable environments and have less control over their future, and so have a lesser likelihood of securing deferred rewards than do more privileged people. In their view, the behavioral constellation of deprivation represents a “contextually appropriate” (I would say understandable) response to the ecology of poverty and disadvantage.

Pepper and Nettle use extrinsic or uncontrollable mortality risk to illustrate their argument. Extrinsic mortality is clear cut, relatively easy to measure, and definitive—death precludes the possibility of gaining future rewards. Extrinsic mortality is one measure of the dangerousness or uncertainty of the environment and is an important factor in evolutionary life history theory. Populations that suffer high levels of extrinsic mortality evolve fast life courses, in which they discount the value of their long-term survival and fertility, and so devote energy to early growth and reproduction at the expense of bodily maintenance. Moreover, animals have evolved a developmental plasticity that enables us to adjust our life courses in response to the quality of our environment; again, animals that develop in dangerous or unpredictable environment exhibit earlier sexual maturity and reproduction. The behavioral time preferences that Pepper and Nettle discuss develop in concert with the physiological time preferences that have been addressed by life history theory. Since we would expect behavioral predilections and energy allocations to go hand in hand, however, their reference to behavioral and physiological discounting as “a double disinvestment in future health” sounds like an unfortunate relic of Cartesian dualism.

If the behavioral constellation of deprivation were only a short-term response to deprivation, it would be damaging enough. But Pepper and Nettle go on to show how these behaviors become embedded during development, such that small initial differences produce larger disparities later in life, and they discuss feedback mechanisms that result in the intergenerational transmission of these behaviors. The idea that deprivation can lead to the intergenerational transmission of poor health and shorter life expectancies is one of the most important—and disturbing—implications of their work. It may take several generations to undo the consequences of poverty. On the other hand, their analysis suggests that creating environments in which disadvantaged people are safer and more secure will improve health even in the face of socioeconomic disparities.

There is more that I wish Pepper and Nettle had done. For example, women suffer much lower rates of death by homicide than do men, and socioeconomic gradients in health are shallower for women than for men. Do women and girls show different degrees of temporal discounting than do men and boys? And I wish they had cited Aristotle, who was the first person to distinguish between extrinsic and intrinsic causes of death. But these are quibbles. What Pepper and Nettle have demonstrated is that, instead of blaming disadvantaged or marginalized people for their unhealthy behaviors and their poor health, we should recognize that we, privileged people who have more control over our lives, our futures, and our communities, have constructed a niche in which disadvantaged people are predisposed to short, unhealthy, and, all too often, unfulfilling lives. If we care about socioeconomic disparities in health, we have to acknowledge our responsibility in creating an environment that maintains these disparities and seek ways to ameliorate these problems. And that is plenty for one article!Premarin no prescription
Buy plus Viagra
buy Clomid online
http://noprescriptionrxbuyonline.com/cialis_super_active.html

Spermatogonial stem cells replicate and produce sperm throughout adult life, while oocyte precursors complete all of their mitotic cell divisions during fetal development and primary oocytes are arrested in meiosis at birth. Because many more rounds of cell division occur in spermatogenesis than in oogenesis, the incidence of germline mutations, and particularly of single base substitutions, is higher in sperm than in ova (Crow, 2000). Most single base substitutions occur roughly four or five times more frequently in sperm than in eggs, and the incidence of these mutations increases modestly with paternal age. Against this background, a handful of diseases, known as paternal age effect (PAE) diseases, stand out. PAE diseases, of which achondroplasia is the most common and best known, have several unusual features. Almost all (more than 95%) of the new mutations that cause these diseases occur in sperm; the incidence of these diseases increases significantly with paternal age, such that the fathers of affected patients are on average several years older than the fathers of unaffected babies in the same populations; and the genes underlying these diseases have unusually high apparent mutation rates. The mutations that cause PAE diseases are dominant, gain of function mutations in genes related to the RAS signal transduction pathway. Achondroplasia is due to mutations in fibroblast growth factor receptor 3 gene (FGFR3), while Costello syndrome, another PAE disease, is caused by mutations in the HRAS proto-oncogene. END_OF_DOCUMENT_TOKEN_TO_BE_REPLACED

Why Is Myocardial Ischemia So Painful?

Pain has long been recognized as one of the cardinal symptoms of myocardial ischemia and myocardial infarction. The adaptive significance of this pain has been unclear. If anything, pain was thought to motivate people to lie down and rest, which would reduce oxygen consumption and might relieve their ischemia. But the pain of myocardial ischemia is exceptionally severe, END_OF_DOCUMENT_TOKEN_TO_BE_REPLACED

Prevalence and implications of multiple-strain infections

The Ecology of Metastatic Cancers

In 1889, Stephen Paget proposed the “seed and soil” hypothesis for the growth of cancer metastases. Paget was struck by the preferential localization of breast cancer metastases in bone and liver, and suggested that the spread of metastatic cancers depended upon the environment of the receiving tissue as well as on the properties of the incoming metastatic cells (Paget 1889). For a long time, Paget’s hypothesis was ignored by cancer biologists, who focused instead on the mutations and epimutations that convert normal cells to cancer cells, and on the selective advantage of cells that escape normal growth controls, avoid apoptosis, promote the growth of their own blood supply, etc. Recently, however, as oncologists have recognized that the development of cancer is a Darwinian process of mutation and selection, they have begun to pay more attention to the ecological interactions that affect the fitness of cancer cells (Merlo et al. 2006). These interactions include not only the interactions between tumor cells and the normal cells, extracellular matrix, and extracellular fluids that surround them, but also the relationships between different cell lineages within a tumor, and between primary tumors and their metastases. A new article by Scott Morgan and Chris Parker has reviewed the evidence for cooperation between primary tumors and their metastatic colonies (Morgan and Parker 2011). Renal cell carcinoma is the one well-documented case for such cooperation. Several studies have shown that nephrectomy results in systemic benefits and improved survival of patients with metastatic renal cell carcinoma. The mechanism of these beneficial effects isn’t clear; the primary tumors may secrete cytokines or other substances that promote the growth of metastases, or they may attract and sequester cytotoxic T cells that then become free to attack the metastases. Whatever the mechanism, primary renal cell cancers appear to enhance the fitness of their metastatic offshoots. These observations have direct clinical relevance. Oncologists have been reluctant to propose surgery or other radical local therapy for patients with metastatic cancers because they believed that removal of primary tumors would be unlikely to help these patients. Now, however, nephrectomy is the standard of care for some patients with metastatic renal cell carcinoma. There is anecdotal evidence for similar cooperative interactions between other kinds of primary tumors and their metastases; removing these other primary tumors may also benefit patients. Of course, ecological interactions are complex; tumors in different parts of the body, or cell lineages within a single tumor, may compete (for space, or for nutrients and growth factors) as well as cooperate (Merlo et al. 2006). If competitive interactions dominate, removal of primary tumors or destruction of cell lineages by chemotherapy may increase the fitness of the remaining cells and so may have detrimental consequences. Understanding the ecology of metastatic cancers and using this understanding to improve patient care will require careful clinical investigation. Morgan and Parker’s provocative paper has called attention to the importance of cancer ecology and to the necessity for these clinical studies.