Is Alzheimer’s disease related to heterochronic changes in the brain during human evolution? 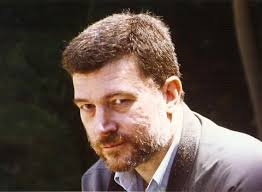 Alzheimer’s disease (AD), the most common cause of dementia, is a complex disease associated with advanced age whose causes are still not fully known. AD is very common in humans and extremely uncommon in other mammals, which suggests a relationship between the disease and genetic, functional and structural changes that have taken place throughout the evolution of the human brain (1).

AD is characterized by deposits of abnormal peptides in the brain. Neurofibrillary tangles (NF) made up of the aggregation of hyperphosphorylated tau protein are found in the interior of the neuron, where they form double helicoidal filaments that distort the neuronal cytoskeleton. Neuritic plaques on the other hand, are made up of the accumulation of beta amyloid peptides (Aβ), fragments of a transmembrane protein called amyloid precursor protein or APP, found in the extracellular space.

Many researchers support the hypothesis that amyloid plaques, as well as tangles to lesser extent, are neurotoxic and lead to neuronal death (the amyloid cascade hypothesis) (2). The amyloid cascade hypothesis has led to a line of therapies that promote plaque clearance or prevention of plaque formation. However, a relatively high percentage of elderly people develop Aβ deposits without developing cognitive deterioration.

Recent studies show that Aβ peptide has antimicrobial properties, and that the absence of this peptide can lead to increased vulnerability to infection. Although the immune system has limited access to the central nervous system, it could combat invading pathogens by means of antimicrobial peptides, including Aβ. An abnormal accumulation of this peptide could be caused by persistent subacute infection in the central nervous system, by transitory infections capable of triggering self-perpetuating immune responses, or by an excess of noninfectious factors like trauma, ischemia, toxins or anesthetics (3,4). Some researchers posit that Aβ is an antioxidant released as a compensatory response to oxidative stress (5).

In any case, the generation of β amyloid peptide may have an adaptive function in its initial phases. Instead of being the cause of AD, it could be initially a defense mechanism. Furthermore, drugs that reduce the production of Aβ, prevent its aggregation or promote its clearance have not been found to be effective in the phase 3 studies carried out to date (6,7).

In the brain, cerebral glucose metabolism is mainly used to supply energy by means of oxidative phosphorylation. However, when energy use exceeds the energy that can be made in this way, a non-oxidative route for the metabolism of glucose, aerobic glycolysis, provides additional energy.

Aerobic glycolysis in the human brain is significantly elevated in cortical areas related to cognitive functions which have undergone major modifications during the evolution of human species, such the dorsolateral prefrontal cortex and the brain’s default mode network (BDMN) related to the coordination of the activity among different brain’s regions and to autobiographical memory and planning (1).

Aerobic glycolysis is correlated with the expression of genes that are active at younger ages, especially those related to synaptic formation and growth (9). BDMN neurons retain juvenile characteristics into adulthood such as incomplete myelination and elevated synaptic plasticity and activity (neuronal and transcriptional neoteny) (8,9).

The distribution of the extracellular Aβ plaques found in AD coincides almost exactly with the BDMN, which suggests that elevated synaptic plasticity could predispose to developing the deposits of abnormal peptides characteristic of AD.

Multiple studies have shown that oxidative stress is associated with AD, and that it is one of the first events that occurs in the development of the disease. The increase in aerobic metabolism in human neurons that retain juvenile characteristics into adulthood can make these neurons more likely to exhibit greater oxidative stress with age. The retention of juvenile characteristics such as increased synaptic plasticity in certain neurons of the human brain can make them more vulnerable to the multiple factors that can trigger the onset of AD (10). Oxidative stress can also induce epigenetic changes reducing the expression of certain genes, including those related to synaptic plasticity (11).

If Aβ deposits were initially a defense against oxidative stress, preventing their accumulation in the first stages of the disease could have harmful consequences even the acceleration of the disease. In fact, a trial using an agent that prevented the formation of Aβ had to be terminated early due to the experimental group’s declining at a faster rate than the placebo group (12).

Therefore, given the data we currently have, instead of concentrating on preventing amyloid formation, it might be better to focus efforts on different lines of work, such as longitudinal studies on aerobic glycolysis in BDMN correlated with genetic and environmental factors which may be related to AD, the study of epigenetic changes induced by oxidative stress and other environmental factors etc. The study of changes in aerobic glycolysis in BDMN could also be helpful in pharmacological trials.

Trials with synaptic plasticity’s modulators such as reelin, which have already given good results in transgenic mice, may be an interesting option in the future (13).

The human brain has a formidable appetite for glucose and never more so than when it is developing. An infant’s brain is estimated to consume more than 40% of the body’s basal metabolic rate. Most of the glucose is oxidised in the production of ATP but this process is augmented by non-oxidative metabolism of glucose even when there is abundant oxygen to hand. This is termed aerobic glycolysis (AG) and accounts for in excess of 10% of the glucose consumed by the brain. This excess brain glucose consumption is also found in cancer where it helps to support cell proliferation. Research suggests AG increases in childhood and is synonymous with high rates of synaptic formation and growth, and later synaptic remodeling, and AG correlates with the persistence of gene expression associated with infancy (transcriptional neoteny). AG also identifies regions of the brain that are most vulnerable to beta-amyloid deposition in Alzheimer’s disease.