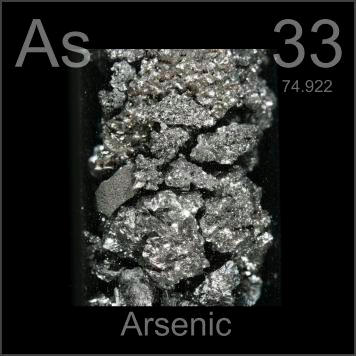 Carina Schlebusch and colleagues just published an article in Molecular Biology and Evolution demonstrating human adaptation to the locally high arsenic levels in groundwater in the Argentine Andes. This work is the first to show a genetic adaptation that allows the detoxification of a environmental toxin (arsenic) in humans.

Abstract: “Adaptation drives genomic changes; however, evidence of specific adaptations in humans remains limited. We found that inhabitants of the northern Argentinean Andes, an arid region where elevated arsenic concentrations in available drinking water is common, have unique arsenic metabolism, with efficient methylation and excretion of the major metabolite dimethylated arsenic and a less excretion of the highly toxic monomethylated metabolite. We genotyped women from this population for 4,301,332 single nucleotide polymorphisms (SNPs) and found a strong association between the AS3MT (arsenic [+3 oxidation state] methyltransferase) gene and mono- and dimethylated arsenic in urine, suggesting that AS3MT functions as the major gene for arsenic metabolism in humans. END_OF_DOCUMENT_TOKEN_TO_BE_REPLACED

For decades food manufacturers have marketed saccharin, along with other non-caloric artificial sweeteners (NAS), as healthy alternatives to sugar. Artificial sugar substitutes cannot be digested by humans and have been recommended for patients with diabetes  and for those trying to lose weight. However, a new report in the journal Nature suggests that NAS are harmful to metabolic health. In this study, saccharin given to mice and to healthy human subjects worsened glucose control compared to sugar, and had the paradoxical effect of increasing blood glucose levels.

Lead investigator Eran Elinov and his colleagues showed that the intestinal microbiota was responsible for the adverse metabolic effects of saccharin. Saccharin increased numbers of Bacteroides bacteria in the gut and also increased the density of bacteria in the Enterobacteriaceae group while decreasing the number of certain beneficial bacteria, such as Akkermansia mucinophila. Remarkably when fecal bacteria from saccharin-fed humans were transferred to germ-free mice, the mice became glucose intolerant, similar to their human donors. Some human subjects were non-responders, maintaining normal metabolism of glucose after exposure to saccharin. Fecal samples from non-responders were inoculated into germ free mice without causing glucose intolerance. These findings indicate a causal role for the microbiota in the impairment of metabolism by artificial sweeteners.

END_OF_DOCUMENT_TOKEN_TO_BE_REPLACED

A comeback for antibiotic cycling?

Christiane Goulart and Miriam Barlow and colleagues have published an important study in this month’s PLOS One entitled “Designing Antibiotic Cycling Strategies by Determining and Understanding Local Adaptive Landscapes.”

Because of the growing problem of antibiotic resistance, antibiotic cycling has been proposed as a strategy to preserve antibiotic susceptibility of disease-causing microbes. Unfortunately, these efforts have largely been disappointing. In 2004 Carl Bergstrom argued that antibiotic cycling was likely to be ineffective in the hospital setting, based on a computational approach informed by natural selection. At that time, Bergstrom left open the possibility that a cycling regime could work, but he warned that the theoretical underpinnings of such an approach had not been demonstrated.

Goulart, Barlow and colleagues have satisfied that precondition with their compelling recent study. END_OF_DOCUMENT_TOKEN_TO_BE_REPLACED