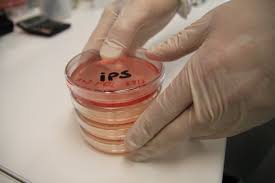 One of the areas of biomedical research currently drawing a great deal of attention is regenerative medicine. This approach depends on the use of human pluripotent stem cells (hPS) or induced human pluripotent stem cells (hiPS). There are many medically relevant uses envisioned for these cells. All of these potentially exciting applications ultimately require growing stem cells in tissue culture. In a new paper in Nature from Kevin Eggan’s lab (1), Merkle et al. demonstrate that some hPS cell lines being expanded in culture incur mutations in the TP53 gene (on the short arm of human chromosome 17) that are also found in and likely contribute to the causation of cancer.

Eggan and colleagues obtained and performed whole-exome sequencing on 114 human embryonic stem (hES) cell lines from the National Institutes of Health and 26 independent lines that had been prepared for clinical applications. Previous studies had documented copy number variants in hES cells maintained in culture (2-4). These variants in chromosome structure were in some cases found to favor the proliferation of hES cells containing these variants over the cells not containing them.

So the authors of the present study asked whether there were simpler genetic variations, such as mis-sense mutations, that also arise in culture hES cells and confer selective advantages in tissue culture. In this effort, they selected hES cell lines with 3-37 prior passages (average of 18 passages). Before banking and sequencing the exomes of the hES cell lines they chose, they passaged the lines for an average of between 2 and 3 times (range 2-6).

The authors took steps to avoid identifying routine polymorphisms as culture-acquired mutations. First, they searched for variants that occurred in only 1 or 2 cell lines. Second, they looked for variants that were present in the exomes of <0.01% of normal individuals sampled by the Exome Aggregation Consortium (ExAC Database). They also employed additional statistical tests to prevent identification of variants that were unlikely to be acquired in culture. Ultimately, they identified 263 mosaic variants, 28 of which were predicted to interfere with protein function. There was only a single gene affected by more than one such mutation:TP53. The gene product, p53, encoded byTP53 serves as a regulator of DNA damage and apoptosis and is regarded as a tumor suppressor gene. TP53 is among the most common genes mutated in human cancers (5) and is found to have a mutation in as many as 50% of all tumors (6).

The six TP53 mutations identified in five different hES cell lines affected the four amino acid residues in p53 that are most frequently mutated in human cancers. All four of these amino acids are located in the DNA-binding domain of p53 and substitutions at these positions are found in cancer and are observed to act as dominant negative mutations, i.e. they subvert the function of p53 that is un-mutated. Of comparable interest, germ-line mutations at these same residues in p53 cause an autosomal dominant disease, Li-Fraumeni syndrome, that predisposes to cancers of many different tissues with a lifetime risk approaching 100% (7). The fact that both somatic and germ-line mutations in these residues of p53 can act dominantly is highly compatible with the notion that these mutations, occurring on only one allele of the pair in a diploid cell, could confer highly advantageous phenotypes in cells growing in tissue culture.

The authors developed an assay to permit them to assess the frequency of alleles involving these particular mutations in the 140 hES cell lines. Results of the assay indicated that the allele frequency ranged from 7-40% with 14-80% of the cells in culture. These findings suggest that these p53 mutations were acquired in culture. Additional experiments followed the frequency of these mutations through two or more additional passages. In three different cell lines, the frequencies of the alleles representing one of the six TP53 mutations increased during these serial passages in all but one experiment suggesting that these alleles were favored by selection under the conditions of typical cell culture. So, an unfortunate parallel exists between tumors in vivo and hES cell lines in vitro in that genetic events subverting p53 function favor the relative increase in numbers of cells bearing p53-inactivating mutations.

In an effort to explore the generality of their findings with hES cells, the authors searched for TP53 mutations in publicly available RNA sequencing data from human pluripotent stem cells (hPS) and human induced pluripotent stem cells (hiPS). They found nine more instances of eight distinct TP53 mutations, all in the DNA-binding domain. Another finding of importance was that in addition to mis-sense mutations, loss-of-heterozygosity (LOH) for TP53 due to deletions could also be found in some cell lines.

Some years ago when I devoted time to delineating the flaws and deficiencies of “Intelligent Design,” it occurred to me that the problem relating to evolution was not whether it occurred but that you cannot escape it. Having done a substantial amount of tissue culture in the early portion of my career, and employed a specific technique to select for spontaneous hybridoma variants for one project, I have long counseled colleagues and trainees that cells in tissue culture are likely to evolve over multiple passages and not necessarily in a desired direction. Eggan and colleagues have now added important new information demonstrating that these notions also apply to hES, hPS, and hiPS cells.

The relevance of the present findings for clinical medicine is substantial. These various types of stem cell lines are being developed for use both in creating in vitro disease models to facilitate both basic investigation of disease mechanisms and screening of drugs (either of which could be patient-specific), and in vivo therapy. With respect to the latter application, there is much hope that pluripotent stem cells can be used both to restore function to damaged organs or tissues and ultimately to create immunogenetically compatible organs to replace failing organs.

As the authors conclude, their evidence and evidence from previous studies suggests that in vitro amplification of pluripotent stem cells may need to be modified and refined to minimize the extent to which potentially cancer-causing mutations are favored. Furthermore, it will probably be necessary to monitor stem cell lines prior to clinical use for mutations that could, if not detected, lead to iatrogenic malignancy. Even in vitro use of hPS or hiPS cells for exploration of pathogenetic mechanisms or drug screening could be problematic if the cancer-related mutations, or other genetic variations acquired in culture, influenced the cells in ways that made the findings unrepresentative of the same cells without such mutations. 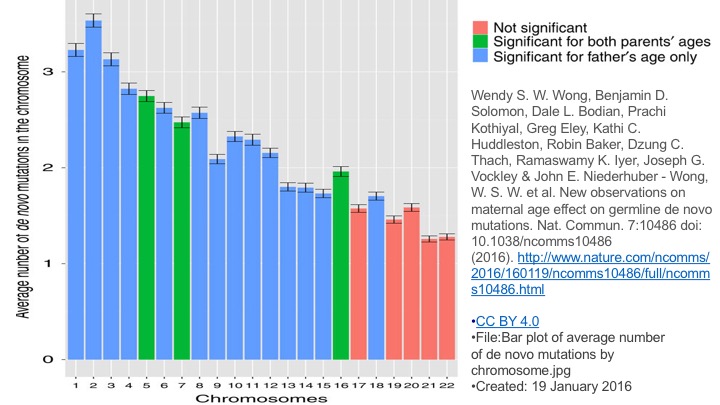 There is reason to believe that among the key traits that distinguish humans from the primates that are phylogenetically closest to us are cognitive and social abilities as exemplified by language and diverse aspects of social interaction and cultural expression. It is reasonable to speculate that these characteristic human phenotypes are based on differences from closely related species in neural development, which in turn ought to reflect differences in the nucleotide sequences of the genes that encode proteins or RNA molecules involved in this process. A study (1) published in Cell in October of this year by Christopher A. Walsh of Harvard Medical School, his associates, and collaborators from numerous institutions focuses on so-called human accelerated regions (HARs), portions of the human genome that have diverged more rapidly than other regions from the genomes of the species most closely related to humans. Doan et al. sought to identify mutations in HARs that are associated with abnormal cognition and social behavior of the sort that can be found in autism. END_OF_DOCUMENT_TOKEN_TO_BE_REPLACED 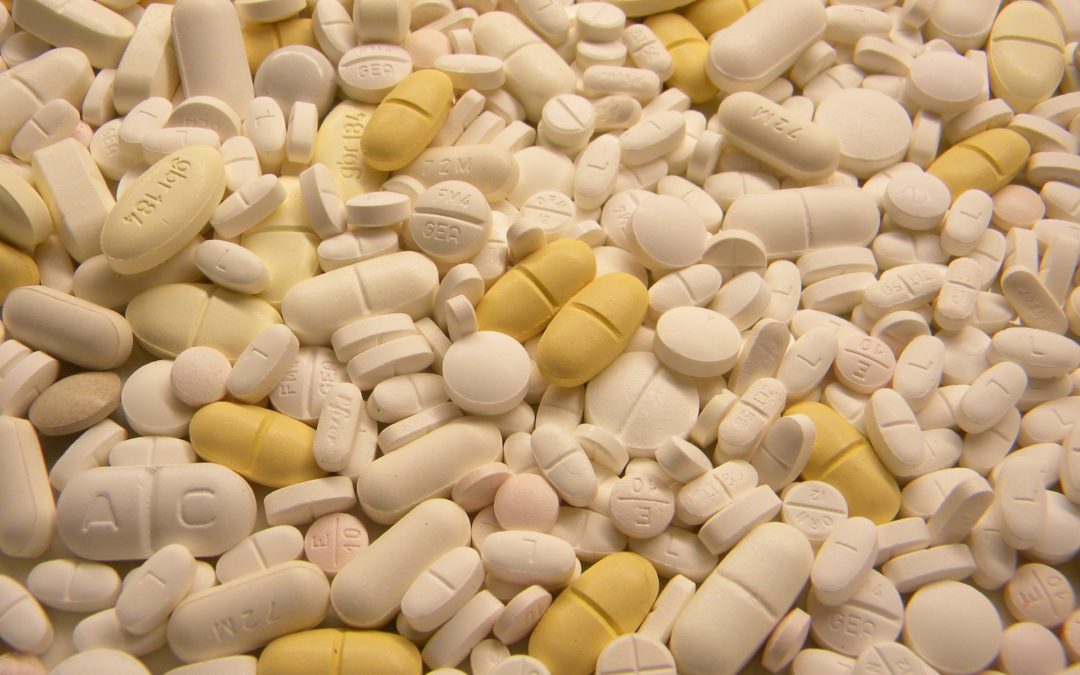 The resistance of numerous bacterial pathogens of major clinical significance to many or all relevant antibiotics has become a public health threat of such magnitude that the latest U.N. General Assembly decided to hold a one-day meeting to address the issue (1). Recently, there has been substantial coverage of this issue in the general media, including by major news organizations such as the New York Times, National Public Radio, and the Washington Post (2-4). What the stories running in these outlets often fail to adequately emphasize is that the bacterial pathogens develop resistance to antibiotics by an evolutionary process. Furthermore, the solution to the problem of effectively treating these microbial agents of human disease requires not merely producing more antibiotics but also gaining deeper insights into the evolutionary processes by which antibiotic resistance comes into being and is transmitted between bacteria. In this context, a new study (5) from the laboratory of Roy Kishony, who is affiliated with both Technion and Harvard, is a novel and welcome advance in ways to study the evolution of bacterial antibiotic resistance and potentially to communicate about this process to the broader public. END_OF_DOCUMENT_TOKEN_TO_BE_REPLACED

Embracing a Fuller History of the Application of Evolution to Medicine

In a recent blog post (http://evmed.asu.edu/blog/evolutionary-medicine-top-ten-questions), Randy Nesse suggests that the presentations and discussions at the second annual conference of the International Society for Evolution, Medicine, and Public Health (ISEMPH) were

“… instigated 25 years ago as George Williams and I discussed and grappled with how evolution could be useful for medicine, and what to call the enterprise.”

In her chapter (Bentley, 2016) introducing the just published book, “Evolutionary Thinking in Medicine: from Research to Policy and Practice,” the author acknowledges activity that can be considered evolutionary medicine in the years prior to 1991 but confines it to before roughly 1940.  Following the end of World War II, Professor Bentley finds little to no evidence of significant work in the field until the 1990s.  Unfortunately, these claims disregard substantial numbers of evolution-related studies that either influenced fundamental understanding of human health and disease or affected medical practice. END_OF_DOCUMENT_TOKEN_TO_BE_REPLACED

Aminoacyl tRNA Synthetases: Exemplars of the Fluidity of Protein Structure and Function through Phylogenetic History

Earlier this year I was afforded the opportunity to hear Paul Schimmel, of the Scripps Research Institute, lecture on aminoacyl transfer RNA (tRNA) synthetases (aaRSs), a topic on which he is a leading authority.  These enzymes attach particular amino acids to specific tRNA molecules for incorporating those amino acids into growing polypeptide chains by ribosomes.  The basic features of these enzymes that contribute to the fundamental function of translating messenger RNAs (mRNAs) are conserved from humans through the most evolutionarily primitive single-celled organisms.  Thus these enzymes might be presumed to correspond to prototypical vegetative gene products, i.e., gene products necessary for essential cellular functions that have little to do with more recently evolved functions beyond protein synthesis.  So, it was extremely interesting to learn that in organisms that arose later in evolution there are other functions, unrelated to aminoacylation of tRNAs, associated with many of the aaRSs.  These functions of aaRSs are summarized by Guo and Schimmel (Nature Chem. Biol., 2013).