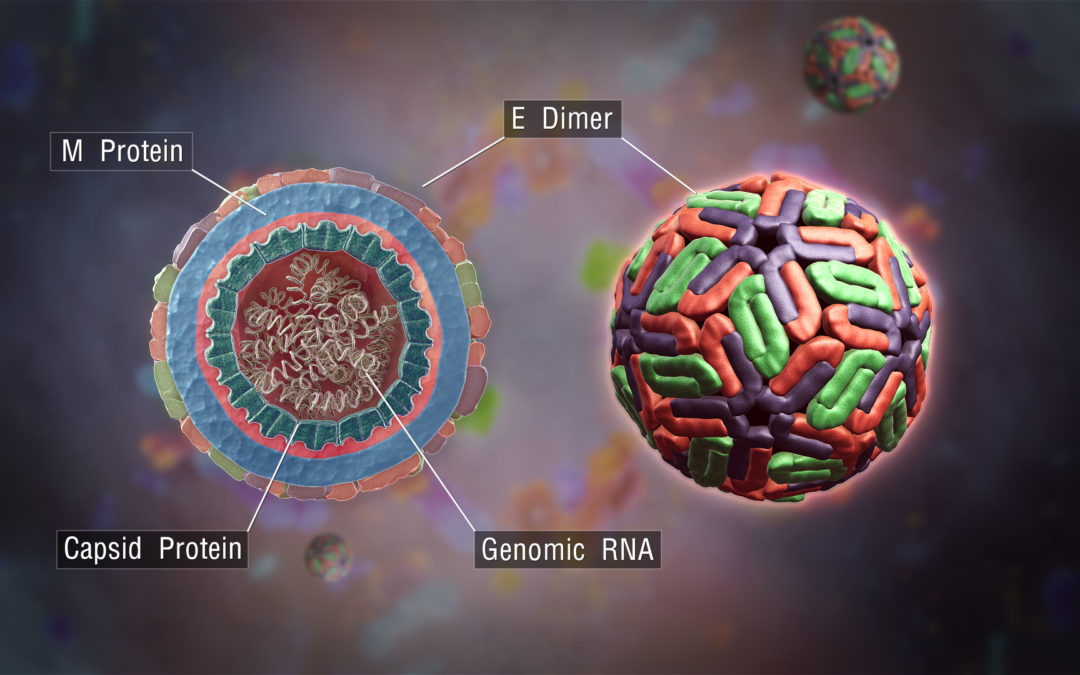 Nearly 10% of the genome of all mammals is made up of viruses that infected mammalian ancestors eons ago. These retroviruses inserted their DNA into mammalian chromosomes and, while time has reduced many of them to useless genetic rubble, some of them, or fragments from them, became adopted by mammalian DNA and pressed into service by evolution.

As Carl Zimmer documented back in 2012, in a wonderful essay on “The Loom” titled “Mammals Made from Viruses”, we humans could not have been born without them. He was referring to proteins called syncytins that are produced by the ex-viral genes syncytin 1 and 2. When the placenta is developing – thrusting itself deep into the wall of the uterus – the boundary between placenta and uterus, which is essential for the transfer of nutrients from the mother to the fetus, is composed of a layer of fused cells called the syncytiotrophoblast. It is the protein syncytin that causes the cells to fuse together.

According to the French scientist, Thierry Heidmann, who has done most of the work on syncytins, there is a protein that was once part of the envelope of the retrovirus, that has immunosuppressive qualities. This would have allowed the virus to invade mammalian genomes without being destroyed by host immune systems. This immunosuppressive function has been conserved by modern syncytins, says Heidmann, and could well be a part of the crucial system of maternal immune tolerance to the combined unit of fetus and placenta, which would otherwise lead to females rejecting their own fetuses on the basis of the allogeneic effect of the paternal genes they contain.

Now Heidmann has come up with another jaw-dropping role for syncytin. In the same way that it allows cells to fuse together to form the syncytiotrophoblast, he says, syncytin allows muscle cells to form by fusing together the stem cells that give rise to them. Muscle fibers are complex multi-nucleate structures containing large numbers of contractile myotubes that are formed from the fusion of mononuclear myoblasts. In a paper last week in PLosGenetics Heidmann showed that when he knocked out one of the syncytin genes he produced mice with 20% less muscle mass and mean muscle fiber area – but the effect was only seen in males and reduced their muscle mass to the equivalent of the females. He also documented the same male-specificity in the extent to which syncytins help to repair muscles after cardio-toxin-induced injury.

If Heidmann’s research is borne out by further investigation it will mean that not only has this viral gene been turned into a gene that is vital for reproduction throughout the mammals – including us – but has a more wide-ranging pleiotropic effect in that it also contributes towards the sexual dimorphism we see throughout the mammals where males are invariably bigger and bulkier than females. An extraordinary evolutionary story.