Home > Article Review > Can the gut microbiota slow the progression of Alzheimer’s disease?

Can the gut microbiota slow the progression of Alzheimer’s disease? 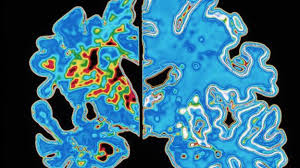 In a current paper in Scientific Reports, Bonfilli et al describe research on a mouse model of Alzheimer’s disease that provides strong and detailed evidence for multiple changes in the diseased brain that appear to lead to an amelioration of neurodegeneration. The AD mice were treated with a probiotic formulation called SLAB51, rich in lactic acid bacteria and bifidobacteria, and the assumption is that the modulation of the gut microbiota this causes affects the brain and behaviour through the gut-brain axis.

On a behavioural level, treated mice out-performed controls on several tests of memory including the novel-object recognition (NOR) test which is used to evaluate recognition memory and is based on the spontaneous tendency of rodents to spend more time exploring a novel object than a familiar one. The amount of time the rodent spends exploring each novel object over a 10 minute test period provides a powerful measurement of memory integrity and attention. Treated mice also out-performed controls on a passive avoidance test which relies on memory of punishment.

In terms of brain anatomy there were notable differences in cortical thickness between probiotic treated and un-treated AD mice, particularly in the hippocampus, and ventricular enlargement in the untreated individuals. They then measured the plasma concentration of the gut peptide hormones ghrelin, leptin, GLP-1 and GIP because of their neuroprotective effects and potential as therapeutic targets and found them elevated in the treated AD mice. With respect to the main culprit in Alzheimer’s disease – ß amyloid, they noted that the load of the more toxic peptide, ß-amyloid-42, was decreased in treated mice, together with amyloid oligomers. They saw a significant reduction of extracellular amyloid deposits. They also recorded a restoration of proteolytic pathways and autophagy in the brains of probiotic-treated AD mice. In particular, they noted a strong increase in the apoptotic p53 in untreated AD mice which was held in check in treated mice. The SLAB51 probiotic was able to restore cathepsin L activity in 18- and 24-week-old mice compared with controls which was of particular interest considering the ability of this enzyme to increase α-secretase activity, thereby suppressing Aβ levels.

All in all, their results suggest a restoration of hippocampal function in probiotic treated AD mice. Improvement of cognitive function seems supported by increased plasma concentration of gut hormones such as ghrelin, leptin, GLP1 and GIP( these are lowered in AD patients which is important because there is evidence that ghrelin reduces synaptic degeneration and leptin is neuroprotective against ß-amyloid at least in vitro and directly affects the gamma-secretase amyloidogenic pathway). They showed that the probiotics counteracted the typical morphological alterations of AD, including reduction in brain weight, decline of cortical areas, and general brain damage and shrinkage. Furthermore, SLAB51 contributed to a consistent reduction in the amount of cerebral Aβ, both in the form of peptides and oligomers. Consequently, a decreased number and size of amyloid plaques were observed upon treatment. All this adds up, they say, to a convincing display of the delaying action of probiotic gut microbiota modulation on Alzheimer’s progression.