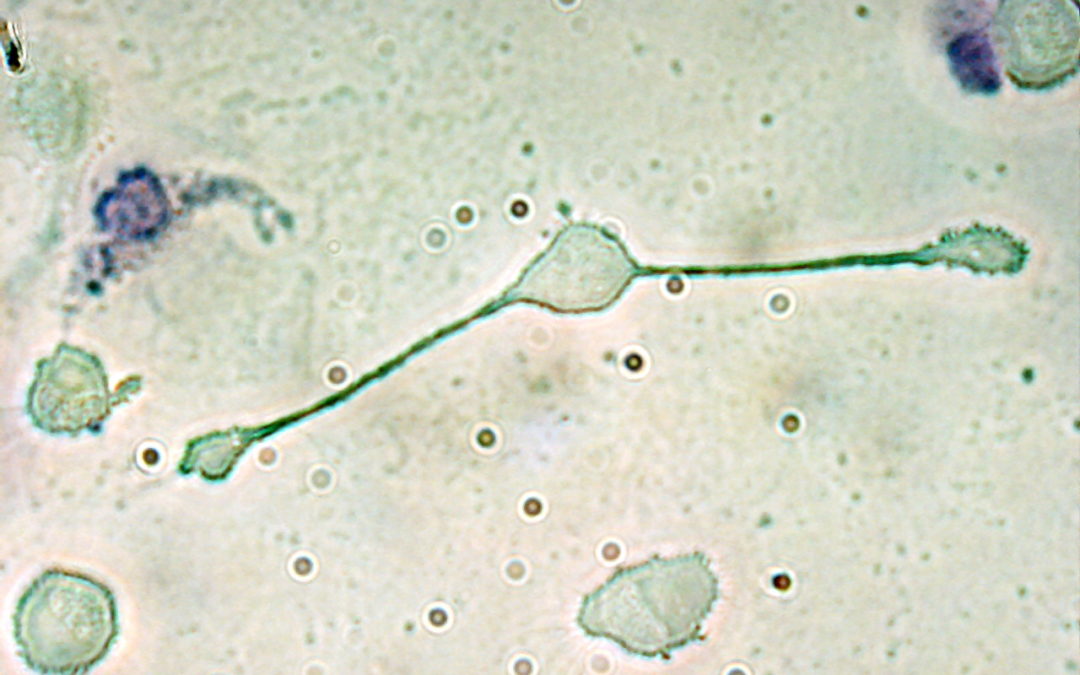 Evolution has shaped human immune systems thanks to genetic adaptation of human populations as humans spread out of Africa and throughout Europe, and thanks to not insignificant amounts of admixture between Homo sapiens, Neanderthals and Denisovans. This has resulted in significant differences, today, between the immune systems of Africans and Europeans, where Africans have maintained robust, inflammatory immune systems to fight and contain a high endemic infectious load, while European immune systems have become more strongly regulated over evolutionary time thanks mainly to genetic changes in non-coding regulatory DNA sequences that affect gene expression.

Two recent papers, published in the same issue of Cell, have provided fascinating evidence of selection in a similar direction upon two types of human immune cells, macrophages and monocytes, and suggest that human genomes are still evolving today in response to differential selection pressures exerted by pathogens.

The first paper, titled “Genetic Adaptation and Neanderthal Admixture Shaped the Immune System of Human Populations”, comes from a research group based mainly at the Pasteur Institute in Paris where corresponding author, Lluis Quintana-Murci, has recently been appointed director of research. Microorganisms are among the strongest selective pressures encountered by humans, they say, and there is growing evidence that the evolution of human immune systems to counteract pathogens has proceeded largely among the many non-coding variants in the genome that fine-tune and regulate immune responses. For this reason the group concentrated their research on these so-called expression quantitative trait loci (eQTLs) that affect the immune response in primary monocytes. Monocytes are a key element in the innate immune system. They are amoeboid white blood cells that gobble up pathogens and release cytokine messenger molecules to recruit other immune cells to infection sites. The research was keen to examine how evolution among these regulatory sequences has influenced the behaviour of toll like receptors on these cells. As Joe Alcock reminded us in his recent op-ed post, toll like receptors are the immune system’s smoke detectors. They sense the DNA of viruses and liposaccharide molecules on the outer coats of bacterial pathogens, and alert the immune system to take action. This results, at least temporarily, in an inflammatory response as the immune system deals with the threat. Evolution among these regulatory sequences seems to have promoted a balancing act between an aggressive, inflammatory immune response ( which can exert collateral damage on the human body) and a diminution of that response, proportional to the scale of pathogenic insult.

For instance, there was a general trend to heightened responsiveness in Africans to viral insult, resulting in sharper inflammation. In one example a QTL variant was discovered in African samples that acts, via toll like receptors, to downregulate a gene called NCF2. This variant has been associated with the autoimmune disease systemic lupus erythematosus, to which people of African descent are much more vulnerable. This follows a general trend by which Africans are more susceptible to a wide range of autoimmune conditions.

On the other hand, they discovered a QTL variant in Africans that downregulated the gene CCR1 following activation of toll like receptors 1 and 2. This limits further recruitment of white blood cells and therefore reduces inflammation. A similar widespread effect was seen in Europeans in a QTL affecting the expression of toll like receptor 1, which would result in a global decreased expression of inflammatory response genes. These findings, they say, highlight the evolutionary trade-off between efficient responses to sense invading microorganisms while avoiding dangerous inflammation. It is an evolutionary balancing act.

The team also discovered evidence for introgression from Neanderthals. These events preferentially introduced regulatory elements into European genomes and have had the general beneficial effect of attenuating inflammatory immune responses.

The second paper comes from a Canadian/US collaboration headed by Luis Barreiro at the University of Montreal. It is titled “Genetic Ancestry and Natural Selection Drive Population Differences in Immune responses to Pathogens”. This team looked at macrophages, which are derived from monocytes. There is up to a 3-fold difference between African American and European American individuals for a slew of infectious, inflammatory and autoimmune diseases like tuberculosis, lupus, sclerosis, psoriasis and septicemia which suggests the two populations differ markedly in their immune settings, particularly, as above, in the regulation of genes involved in sensing pathogens and mounting an inflammatory response. To investigate this they infected macrophages obtained from each ethnic population with either Listeria monocytogenes or Salmonella typhimurum and noted huge changes in expression levels, post-infection, among genes involved in inflammation, cytokine production, T cell activation and cell death. Macrophages from individuals of African ancestry produced, they say, a markedly stronger transcriptional response to both bacterial infections. Selection had been particularly strong among inflammation-associated genes and predicted a stronger inflammatory response to infection among those of African ancestry. Interestingly, they also found differences favouring those of African ancestry in the ability of macrophages to clear infection – as shown by the rate at which they broke down bacteria having engulfed them.

Altogether, they found that 34% of the genes expressed in macrophages were differentially expressed between European and African ancestry. Were these differences due to positive selection for immune regulation on human populations as they migrated out of Africa and encountered lower pathogen levels – reducing the need for strong, costly, pro-inflammatory signals? Or was the weaker inflammatory response due to a relaxation of selective constraint where the pathogen burden was reduced, or at least different in nature? Their results support a widespread role for positive selection in driving these population differences and the discovery of positively selected variants affecting the expression of HLA-DQA1, a genetic susceptibility factor for celiac disease; ERAP2, a susceptibility factor for Crohn’s disease; and the transcription factor IRF5, which is associated with lupus, rheumatoid arthritis, ulcerative colitis, and sclerosis, underpins the association between susceptibility to autoimmunity in African Americans today and the inflammatory legacy of their evolutionary past.