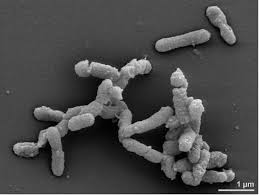 This is yet another story of the profound and complex ways our microbiomes affect our health.

Scientists Delphine Lee, Alfred Chan and others from the John Wayne Cancer Institute in Santa Monica, Ca have been studying the role of the microbiome in breast cancer, by sampling nipple aspirate fluid. Having first of all scotched the idea that breast ducts are sterile (how can they be when breast milk is teeming with bacteria) they go on to use 16S rRNA sampling to get a handle on species composition and compared the breast duct flora of women with a history of breast cancer, and normal women with no such history.

While there is considerable overlap between the species composition of breast milk and the resident bacteria in the breast ducts, as one might expect, there were several differences found between the breast ductal flora of women with a history of breast cancer and normal women. The genus Alistipes, for instance, was only found in breast cancer women, while an unclassified genus from the Sphingomonadaceae family was relatively more abundant in aspirate from normal women than from women with breast cancer history.

The authors say: “Members of the Sphingomonadaceae family are known for their ability to degrade aromatic hydrocarbons which have been associated with breast cancer. It is interesting that a microbe capable of degrading aromatic hydrocarbons, such as estrogen, would be comparatively higher in the healthy state and lower in the estrogen-dependent breast tumor.” So, the suggestion is that Sphingomonadaceae are protective.

In contrast, Alistipes is implicated in some types of colorectal cancer, where it has increased abundance. These microbes, specific to women who have suffered from breast cancer, produce an enzyme, beta-glucuronidase, which is thought to promote cancer.