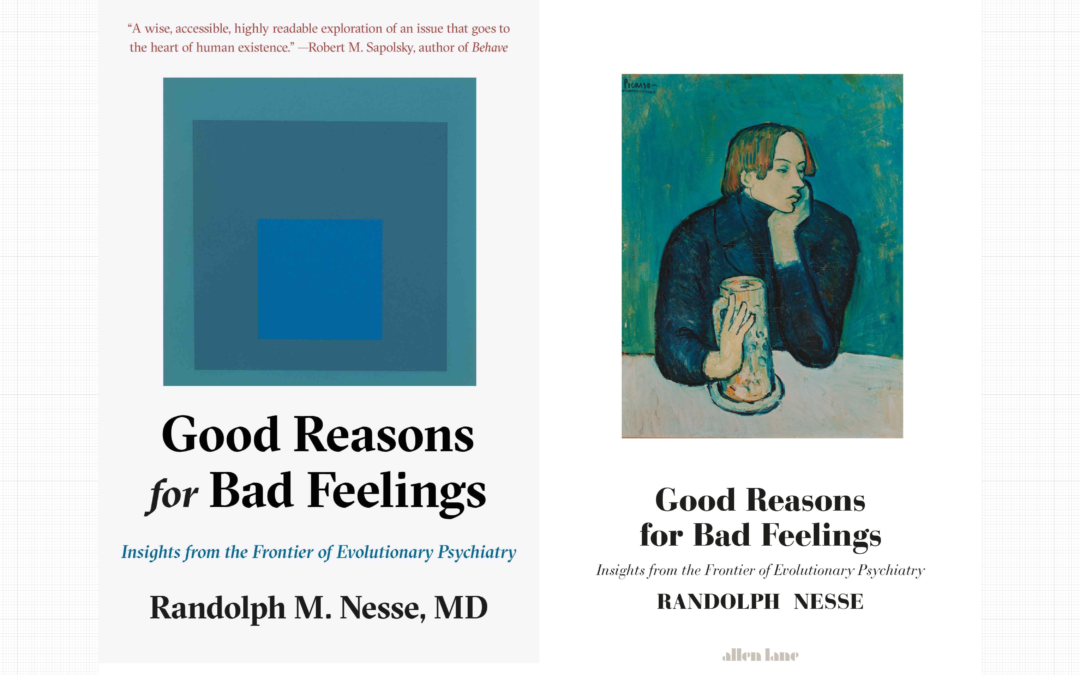 Good Reasons for Bad Feelings: Insights from the Frontier of Evolutionary Psychiatry was published on Darwin Day by Dutton (Penguin Random House)

Slow progress in finding causes and cures has inspired a growing chorus of calls for new approaches to mental disorders. GOOD REASONS FOR BAD FEELINGS asks a fundamentally new question. Instead of asking why some people get sick, it instead asks why natural selection left all of us so vulnerable to mental illness. The limits of natural selection offer one kind of answer, but several others are equally important. Our environments are vastly different from those we evolved in, making us vulnerable to addiction and eating disorders. Bad feelings like anxiety and low mood are, like pain and cough, useful in certain situations, but they often help our genes, not us, and, like smoke detectors, they are prone to false alarms. Social anxiety is nearly universal because our ancestors who cared what others thought about them did better than other people. Guilt makes morality possible, and grief is the nearly unbearable price of love. Recognizing the evolutionary origins of such symptoms helps to distinguish them from diseases. Trying to understand an emotion requires understanding individuals as individuals.

Topics discussed in the book include:

Randolph M. Nesse, MD is a founder of the field of evolutionary medicine and coauthor with George C. Williams of Why We Get Sick. He served for many years as Professor of Psychiatry, Professor of Psychology, and Research Professor at the University of Michigan. He currently is the Founding Director of the Center for Evolution and Medicine at Arizona State University, where he is also a Foundation Professor in the School of Life Sciences. He is a Fellow of the Association for Psychological Science, a Distinguished Fellow of the American Psychiatric Association, and an elected Fellow of the American Association for the Advancement of Science.