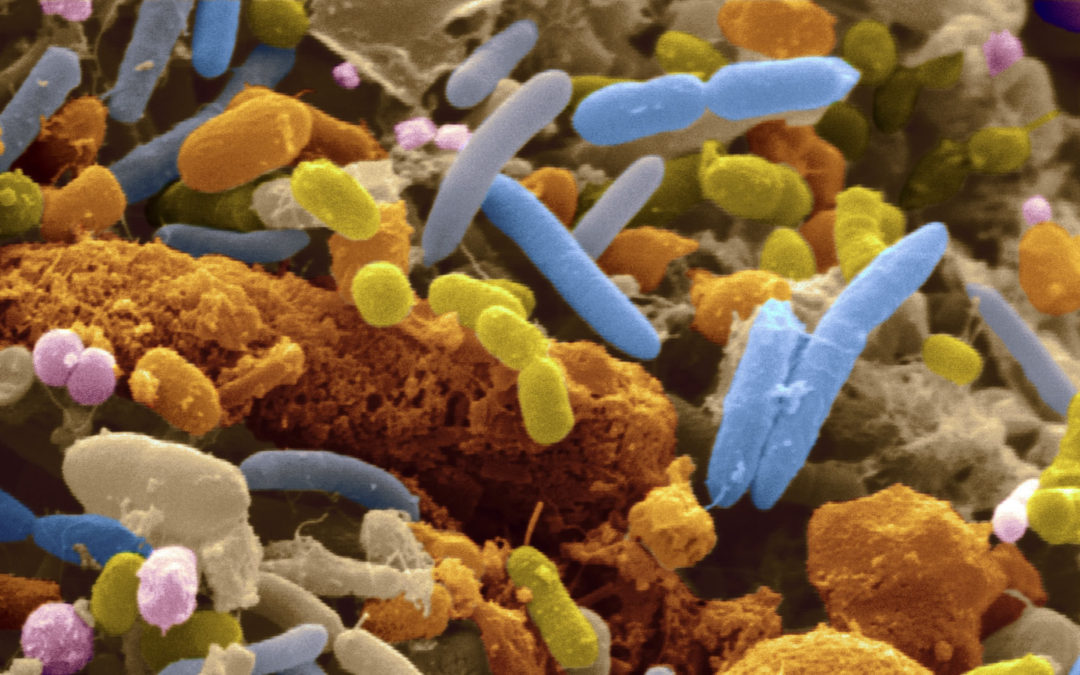 This post is the third of a recent trilogy on links between the microbiome and health. Researchers from the University of Calgary have carried out a trial on 7 to 12 year old children who were classified as overweight or obese for their age. Although the total number of children in the trial was fairly small – 42 individuals – the trial was double-blinded and placebo controlled. The children were assigned into groups which were either given a readily available prebiotic fibrous product, oligofructose-enriched inulin, or a placebo, for 16 weeks. The experiment is reported in an open access uncorrected proof in the journal Gastroenterology.

Over the 16 weeks, the researchers measured fat mass and lean mass; height, weight and waist circumference; and analysed blood samples for lipids, cytokines, lipopolysaccharide, and insulin. They also took stool samples to check for changes to the resident gut microbiota. They noted changes between the prebiotic-treated group and the controls at a number of levels. There was a decrease in serum triglycerides of 19% in the prebiotic group, while there were significant increases in species of Bifidobacterium – a direct result of filling the gut with fiber – and decreases in Bacteroides vulgatus. The prebiotic treatment palpably slowed weight gain: the placebo group recorded a 2.4 fold increase in body weight over the prebiotic group over 16 weeks and while the prebiotic group held Body Mass Index stable over this period it was significantly increased in the placebo group. Percentage total body fat was also clearly lower in the prebiotic group by the end of the experimental period. While the duration of the experiment and the young age of the children meant that indicators of widespread inflammation were not noticed they did see a higher level of circulating inflammatory cytokine interleukin-6 in the placebo group and they are now planning bigger trials of this very simple dietary intervention to provide more evidence of cheap and efficient control of childhood obesity. This looks like a group of significantly overweight children rescued from two forms of evolutionary mis-match: a couch-potato life-style rich in fats and refined carbs, and an unhealthy gut microbiota incapable of regulating inflammation and adiposity.