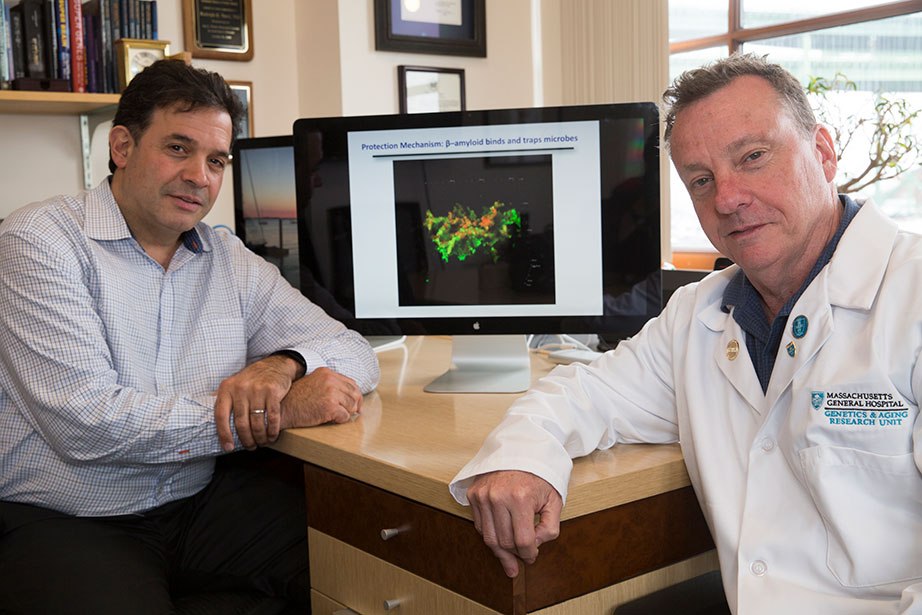 Sharon Begley has written a lovely article on Tanzi and Moir’s research on the antimicrobial properties of amyloid beta and the outrageous difficulty they have had getting NIH to fund their work. They noted that study after study has found no benefit from treatments that disrupt amyloid synthesis, and that there must be some reason why amyloid beta exists.

The crucial paragraphs are in italics below

“For years in the 1990s, Moir, too, researched beta-amyloid, especially its penchant for gunking up into plaques and “a whole bunch of things all viewed as abnormal and causing disease,” he said. “The traditional view is that amyloid-beta is a freak, that it has a propensity to form fibrils that are toxic to the brain — that it’s irredeemably bad. In the 1980s, that was a reasonable assumption.”

But something had long bothered him about the “evil amyloid” dogma. The peptide is made by all vertebrates, including frogs and lizards and snakes and fish. In most species, it’s identical to humans’, suggesting that beta-amyloid evolved at least 400 million years ago. “Anything so extensively conserved over that immense span of time must play an important physiological role,” Moir said.  What, he wondered, could that be?

Their subsequent work has demonstrated beyond doubt that amyloid beta is a powerful antimicrobial [1] and has strongly suggested a role for herpes viruses[2]. But despite these findings, they still are having difficulty getting their work published and getting NIH funding. I predict this will lead to a Nobel prize, and go into the history books as an especially egregious example of how pure reductionism obstructs progress.  Evolutionary thinking about the reasons why we are vulnerable to Alzheimer’s disease adds the missing perspective. We can hope that it will also inspire new approaches to prevention and treatment.